As part of a new Lancashire Telegraph column, Stephen Hughes’ Facebook group at Blackburn and Darwen Pubs (Past and Present) scoured the archives to look back on pubs and nightclubs throughout the year. This week he’s writing about Cavendish and Utopia,

Originally opened as the Cavendish Club in June 1968 at a cost of around £ 150,000 and owned by the Bailey Organization, the venue is said to have been one of the largest of its kind in Europe at the time, with a capacity of 2,500 (which was later reduced to 2,000).

The club was opened by the mayor of Blackburn, Florence Lewis, and a BBC celebrity Simon Dee and, in its original form, it featured a huge cabaret hall, restaurant and nightclub.

This popular nightclub was located in a large elevated space above the top floor of the multi-story parking lot within the grounds of the Blackburn Shopping Center (now the Mall).

The route to the original entrance is probably described as not the most glamorous, accessed by one of the stairwells in the parking lot, with the familiar white tiles.

During the queue, the only indicator that patrons were approaching the club entrance was the luxury of the brass handrails on the steps as they approached the upper level!

There was also a dedicated passenger elevator in Lord Square, but at least from the late 1980s it was out of service. In the 1990s, a slightly more prominent entrance was built, accessible across the multi-storey car park and which remains to this day, albeit disused.

The lowest point of the Cav, as it was commonly referred to throughout its history, was on December 18, 1972, when the building was destroyed by a fire that originally allegedly started in a garbage can. The club’s night watchman, Alan Tattersall of Acrington, bravely attempted to fight the blaze with fire extinguishers while waiting for the firefighters to arrive. It later took 27 fire apparatuses, 105 firefighters and 17 jets to extinguish it. Despite the best efforts of the firefighters, the roof collapsed and the club had to be demolished, not to reopen until 1974. 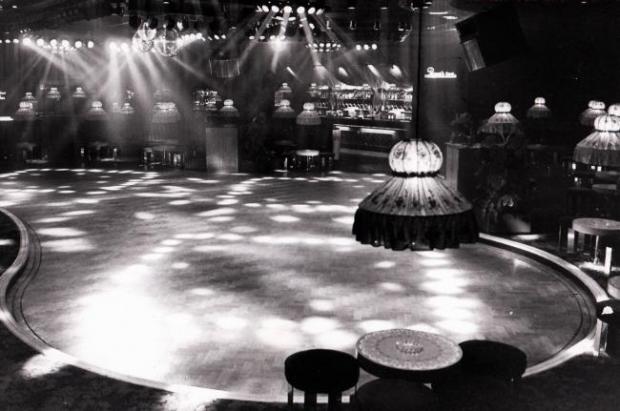 The club manager at the time, Sid Stewart, said the cost of the rebuilding and the loss of business would represent a loss of £ 250,000 (the equivalent of around £ 3million today). About thirty stores located below the site were also forced to close temporarily.

Nonetheless, even with this setback, the club were a major achievement and really put Blackburn’s nighttime economy on the map, with coaches bringing in clubbers from the Northwest and beyond. In 1979 the club was renamed Romeos and Juliettes and four years later, in 1983, another name change took place and it became Peppermint Place, often abbreviated as “Peps” by clubbers.

This is the name of the club for 12 years, the two big rooms of the club being called Kaleidoscope and Reflections. This last name is perhaps linked to the love of the 1980s and 1990s for equipping nightclubs with a considerable number of mirrors! The slogan “Rammed and Rockin ‘, Atmosphere’s Shockin’” was used on advertising material, including white T-shirts that were thrown on the dance floor by DJs as part of free promotions.

The club had state-of-the-art lighting and sound systems, including large scanners and lasers and a few big names performed live, including Take That making an appearance for an AIDS charity fundraising event in 1992. This was filmed by the former Blackburn cable television channel, Cable 7, with footage still available from the legendary evening. Readers may also remember Shakin ‘Stevens and Showaddywaddy Live.

In 1995, the club was renamed Utopia Discotheque, a name it kept for 9 years. As Peppermint Place and Utopia, the club was owned by First Leisure, a Preston-based entertainment group, before being sold in August 2004 to local Blackburn businessman and successful nightclub operator Peter Clarke. He was later turned by his team into Heaven and Hell after a £ 1million renovation, with Margo Grimshaw cutting the opening tape. The club survived the introduction of the parent company in June 2006 under particularly difficult business conditions in the sector.

Despite a revival, the definitive closure of the club unfortunately took place on the weekend of April 14 and 15, 2007, a little less than three months before the entry into force of the smoking ban in all approved establishments in England. This would undoubtedly have caused further operational challenges. 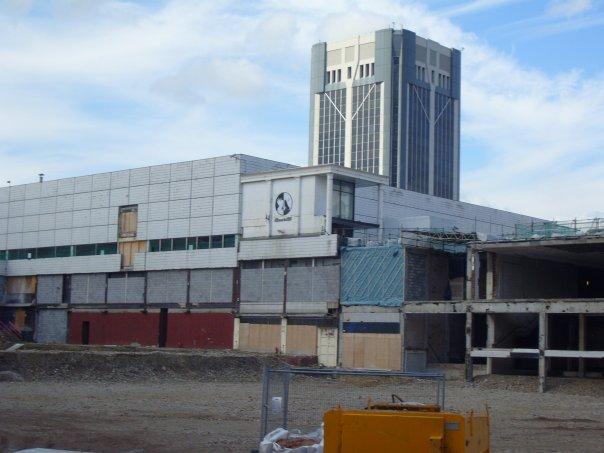 New licensing laws allowing pubs to stay open later have been blamed for loss of business at the club, in addition to the deteriorating state of the local nightlife economy in Blackburn and the impact of the renovation. major ongoing £ 60million shopping center. This had left large sections around the club barricaded and surrounded by palisades and looking rather desolate. Ironically, in the last few weeks of negotiation, the club had lost its name Heaven and Hell and rebranded as The Cav – the name it all started with and, sadly, the name it all ended with.

While the space officially occupied by the club remains in the multi-story parking lot, and the main entrance (built in the 1990s) appears relatively intact, the rest of the club is seen as a bare shell. In 2014, discussions took place between a local businessman / nightclub operator and the town hall regarding the development and reopening of the venue, but the venue remains closed and its future is currently unknown.