During their Q3 FY2021 Earnings CallSony Interactive Entertainment (SIE) has announced its $3.6 billion acquisition of Bungie, Inc., praising the history of collaboration between the two entities. As Sony relies on Bungie’s expertise to expand its reach in the gaming space, Sony intends to leverage its media platforms for Bungie.

In other words, there’s never been a better time to dream up Bungie stories that have yet to be told or, better yet, told in creative and new ways! Within the destiny single franchise, there are several years of story development that have not been fully realized in the games themselves. And that’s just one piece of intellectual property that the Bellevue-based studio needs to take advantage of.

In light of the imminent release of Destiny 2the fourth expansion of, The Witch Queenwe thought it would be a fun exercise to let our imaginations run wild by thinking about the stories that could be told through different forms of media.

One of my favorite stories woven throughout destiny and Destiny 2 is the lore surrounding Exotic Hand Cannons, Thorn and The Last Word. The story unfolds like an old western, with just enough sci-fi to stay grounded in destinythe universe of. I can imagine these stories being told in an animation style similar to the Esoteric series.

Imagine Palamon, a remote village with no law except for the man who declared himself magister: Loken. His reign has kept people in line, but safe. That is, until a stranger comes to town – a man slow to talk, but quick to act. A man named Jaren Ward.

With nine cannons trained on Ward, Loken intended to make an example of him, to remind the people of Palamon who had ruled the roost. What Palamon got that day was a new lesson in justice. Jaron Ward, quicker than lightning, presented Loken with the legendary last word…and those words would be his, not Ward’s.

The stories that unfold in this series would follow the fates of three men, bound by their belief in the true purpose of power. Alongside Jaren Ward, we met Rezyl Azzir, a once-famous champion driven by greatness, but haunted by dark, ancient whispers. And between these stories, a young Shin Malphur struggles with the balance of revenge and justice in the smoldering ashes of his hometown. Would he become a hero worthy of the legacy of the Last Word or a monstrous thorn for humanity?

The Drifter’s Bet (Other):

Whatever name you give him, be it Eli, Wu Ming, or just “pal”, The Drifter plays a long prick, but his prick always has room for just one more ace. Enter Cayde-6, the wise but (reluctantly) Hunter Vanguard with a healthy appetite for mischief and loot. While The Drifter denies ever knowing Cayde-6, Cayde’s latest recordings tell a different story.

Imagine with me for a moment a late night in the Last City. A steaming bowl of spicy ramen slides across the counter in front of a loud but jovial Exo. It tells a story that seems too far-fetched to be true: a legendary score, a last-minute change of plans, a double cross, a double, double cross, and loot lost for ages. As the crowd responds with groans of disbelief at the end of the story, the man on the other end of the counter chimes in with a wry smile “…and we may have gotten paid that day, but someone just couldn’t stick to the plan. I’ve always had a thing for pretty girls, huh brother? » 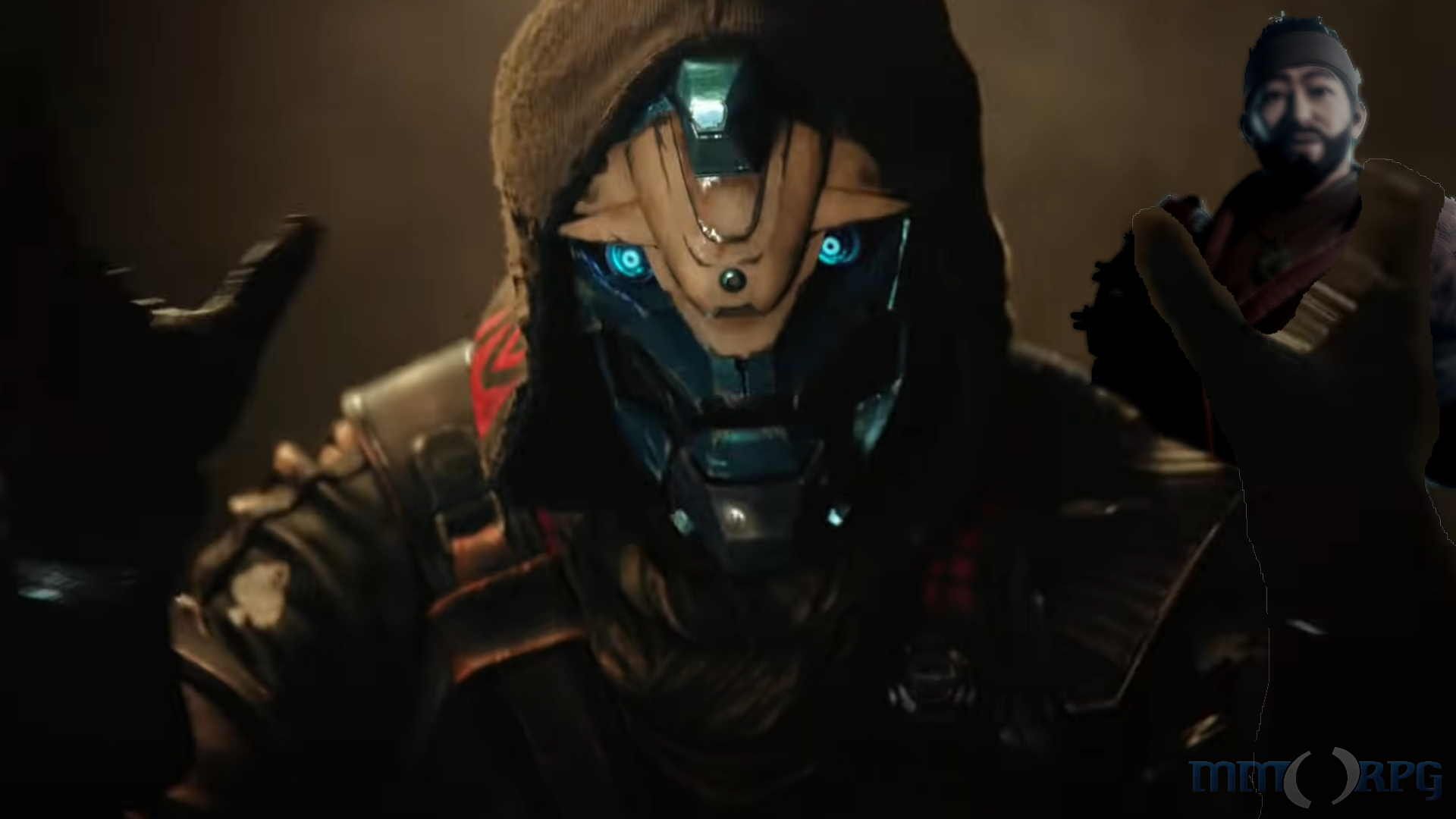 This story could play out like a heist drama between friends-turned-buddies – both having to maintain some measure of plausible deniability, while trying to execute their plan to recover and smuggle in a cache of age-old weapons. gold in the city. In the midst of it all, Cayde inadvertently becomes the Hunter Vanguard and members of the Drifter’s former crew start sniffing around for his whereabouts. Since they both like the score, they have to find out how little confidence they can rely on to get such a big prize.

For a secret agency, The Hidden is pretty infamous – at least, quietly. Serving as a deep-cover spy organization, these agents were hand-picked by the Warlock Vanguard, Ikora Rey. Their goal? Identify and gather information on any paracausal or extraterrestrial threats against the Last City. Although we don’t have an exhaustive list of known members of the Hidden, legendary names like Eris Morn and Aunor Mahal often crop up in conversations about this shadowy conclave.

This is where a new story could be told. Think of the world of espionage opening up (at the Kingsmen Where men in black) to a brand new Guardian after having a strange late-night encounter with Osiris. The words of this otherwise eloquent sage seem forced and foreign, as if coming out of his lungs. There is sickly ichor staining his royal attire; he stinks of death… something very, very wrong is going on.

This moment haunts the young Warlock. Her Light-guided thirst for knowledge leads her to investigate, which brings her into contact with another newly resurrected Guardian: Crow. Her relationship with Osiris captures her curiosity and attention, but his gentle, innocent demeanor stands in stark contrast to the man she discovers he was. How can this former Prince of the Reef and murderer of Cayde-6 walk freely through the streets of the City? Why is the once-proud Osiris ghostless and decaying? Are they both here by chance? How are they all connected?

Her investigation puts her on the radar of both The Hidden and Queensguard, while unraveling the tangled webs of Savathûn’s deception. The story could also bring its main character into contact with some of the aforementioned members of The Hidden as well as counterparts like Petra Venj and Mara Sov. 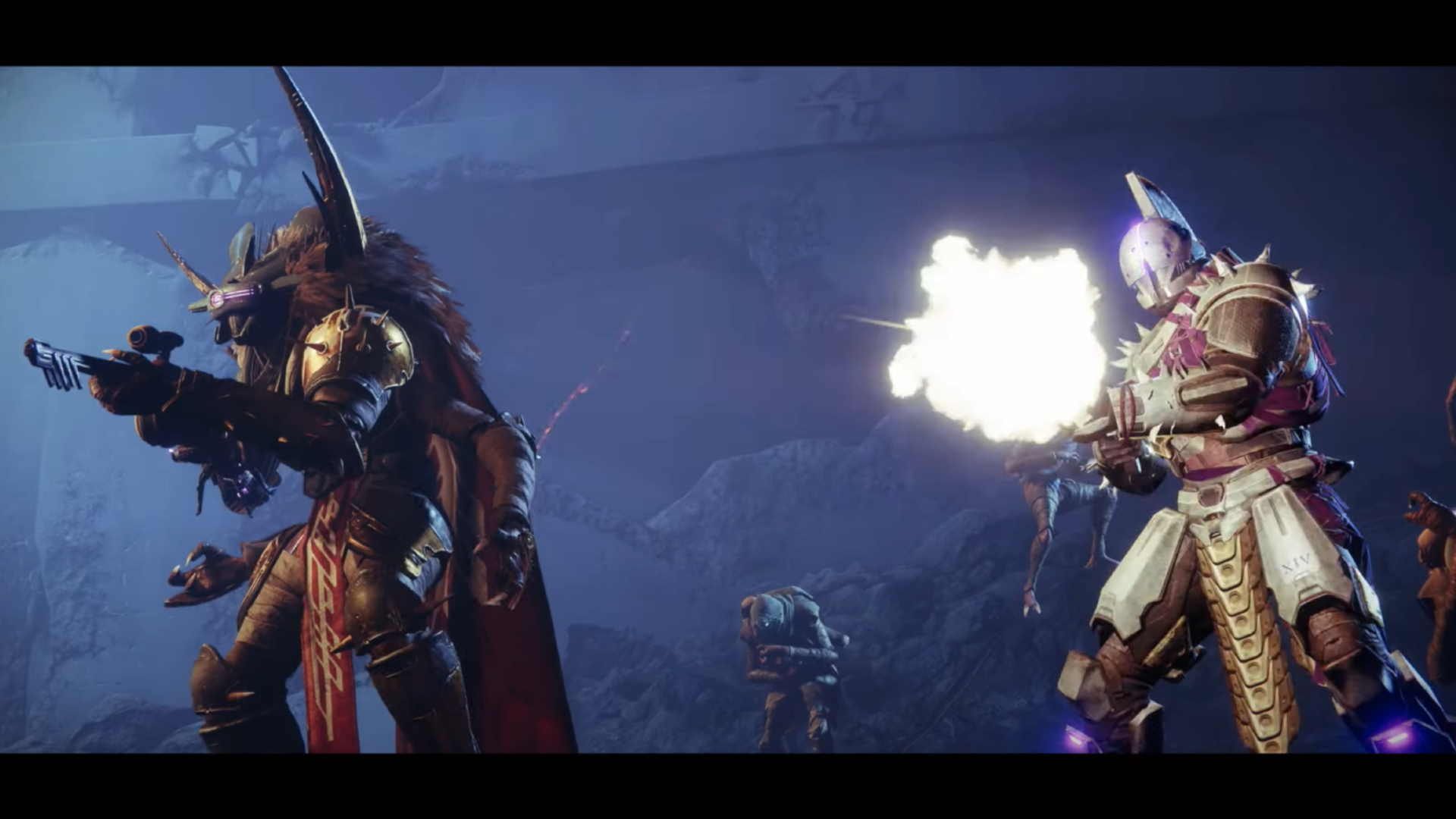 The Exo Guardian Saint-14 and Eliksni Kell Mithrax couldn’t be more different. However, they share two common traits: both have devoted their lives to the Traveler’s service, and both are considered monsters to each other’s people. Their paths intertwined when the Last City was plunged into the darkness of a Vex simulation.

As the true culprits are exposed and the city is freed from despair, Mithrax and Saint-14 discover that the only thing alien to them is their origin. A new bond of friendship is formed as the two venture through space and time, in search of Saint’s lost partner…creating their new brotherly love in the glory of Light.

These are few likely candidates for exploration, but I have few other ideas that… well, they are ideas:

The Adventurers of the Lost Archives: Crypto-archaeologist and Golden Age historian Rahool stars in a IndianaJones– Harrowing story of decryption, puzzles to endure and the lifelong search for the legendary lost archives. Why? Because we may never be as safe as before…and sometimes an engram is the key.

Dodgeball – The Legend of Lord Shaxx: Told in the style of Ted Lasso with a mix of Disney Break, eternal idealist Lord Shaxx catches a tight-knit group of children in the Last Town causing mayhem everywhere they go. Since he can’t throw them into the Crucible to solve their problems, Shaxx channels their energy into something a little healthier: a dodgeball league. However, instead of pitting the kids against each other, they have to go through him first. Lord Shaxx demands victory…that’s all he will ask and he will only ask once.

Gnop! : Moving on to another IP from Bungie, this Hallmark Channel-style story tells the tale of long-distance romance, betrayal, and two paddlers who find love in unexpected places while fighting over a single ball. .

TELESTO – The Rock Opera: Why break the world in silence when you can break out into song? Join the exotic story of a savage weapon searching for meaning in the universe. Told through a fusion of smooth jazz and explosive rock ballads, TELESTO is packed with all the glitz and glamor of Broadway, proving that all that glitters isn’t gold…sometimes it’s sparkly and purple.

Bungie has proven time and time again that they are masters at weaving rich stories. I hope their impending acquisition by Sony will bring more to new mediums, from movies to series and animated and audio adventures. It would be amazing to experience the time travel adventures of Elsie Bray, see the Battle of Twilight’s Gap, the Midnight Coup, the destruction of Riis, and explore countless stories from the Golden Age. But, for now, we will only have to dream.

In the meantime, we’ll leave you with some fan-made projects you might enjoy.

(This is a dev diary, but is slated for release before The Witch Queen. Also, if you don’t know what’s going on in Destiny 2, check out Byf’s videos – you won’t regret it. )

If you are interested in more Destiny 2 and Bungie-related content, stick around. We have a few things planned before the release of The Witch Queen including a review of the expansion once it’s released.